The History of Restore Cleveland Hope from Simone Barros on Vimeo.

Restore Cleveland Hope: Finding Our History Through the UGRR

They called it HOPE. For many formerly enslaved persons who liberated themselves from bondage by running away, Cleveland provided just that—hope of a better life just across Lake Erie in Canada.

Upper Canada, now called Ontario, had abolished enslavement in 1793. At that time, Cleveland and the area we now call University Circle was a lush, dense forest of sugar maple, birch, and oak. Fifty-five years later, Cleveland would serve as host city of the first National Convention of Black Freemen. So how did this densely forested and undeveloped farmland become a hotbed of abolitionist activity? The answer to that question is something researcher and Restore Cleveland Hope (RCH) board member Wrean Fiebig wants the world to know.

Founded by Joan Southgate, Ginger Mook, Nishani Frazier, Binnie Eiger, Binne’ Douglas, Nicki Gudbranson, and Fran Stewart in 2003, Restore Cleveland Hope’s mission is “to celebrate Cleveland’s historic anti-slavery past.” The non-profit organization aims to do this through establishing and operating an Underground Railroad Interpretive Center “in the historic Cozad-Bates House,” the only surviving pre-Civil War building in University Circle.

Fiebig, spent three summers researching the founding of East Cleveland Township (University Circle and east to Euclid Ave.) and the region's abolitionist roots for Restore Cleveland Hope’s programming. Much of Fiebig’s research is centered around the largely unnamed founders of University Circle, the Cozad Family.

Wrean and her student researchers spent hours poring over handwritten letters and manuscripts, printed pamphlets and books, and even a few handwritten church session minutes to unearth the truth about “abolition, anti-slavery and Underground Railroad activities in East Cleveland Township.”

“In the context of today,” Fiebig says, “it's important to realize that the Western Reserve had numerous anti-slavery and abolitionist activists, including those willing to break the law” to help enslaved people reach free lands. Holding abolitionist sentiments was not illegal, but aiding escapees certainly was. 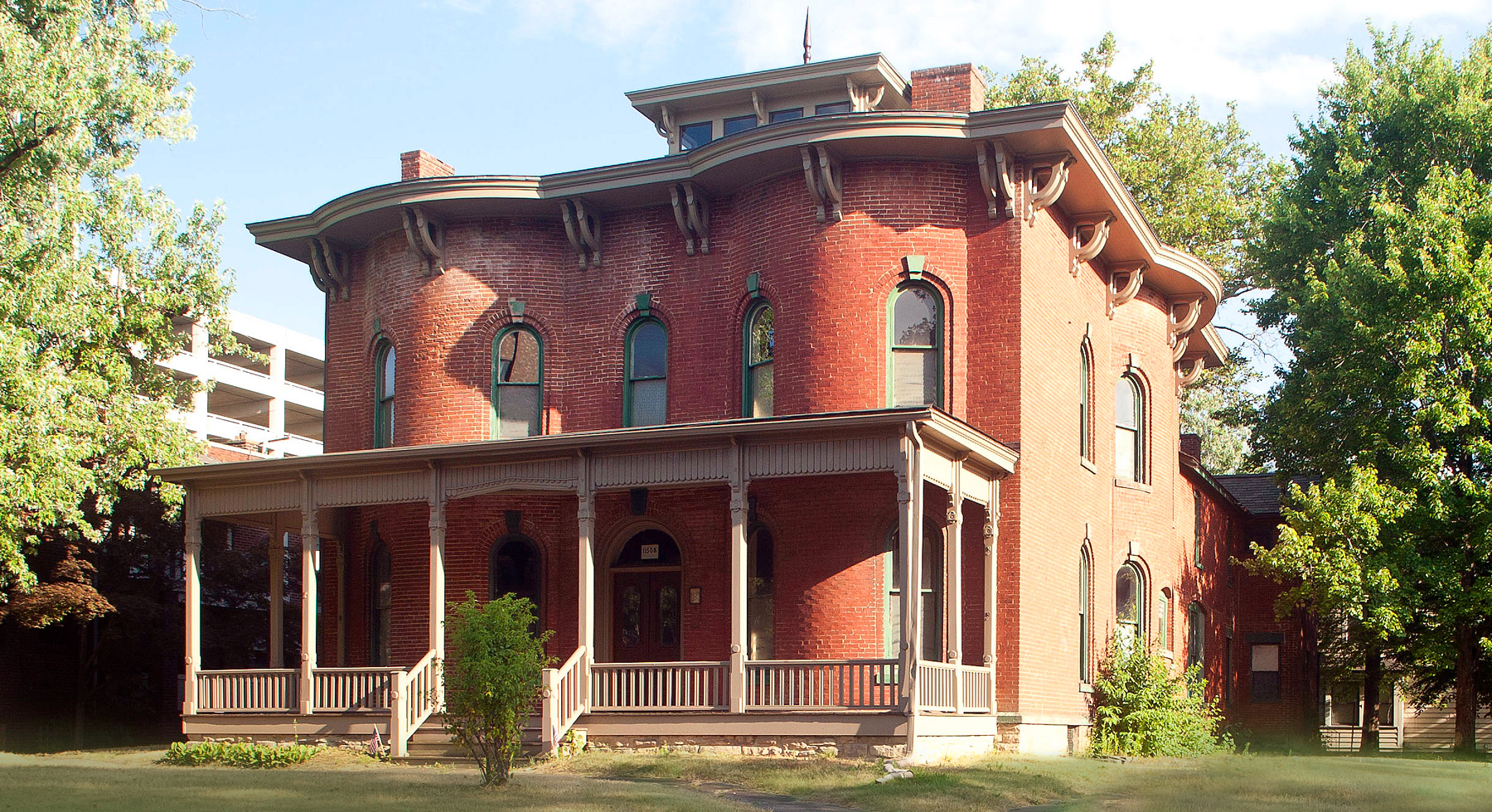 History is not exactly clear on whether or not the Cozads themselves were among this group of law-breakers, but the family certainly had ties to anti-slavery sympathizers, including their neighbors and known abolitionists the Ford family.

Built in 1853 by Andrew Cozad, son of the area’s pioneer patriarch Samuel Cozad Jr., the Cozad-Bates house was certainly well-positioned to be an Underground Railroad station. The western edge of the property was hidden from sight of the street, the densely wooded area making it easy to hide and transport runaways downtown to John Brown the barber, Cleveland’s wealthiest Black citizen and known abolitionist and Underground Railroad stationmaster.

While researchers are still looking for evidence that the Cozad-Bates house was used to hide runaways, the involvement of the Cozad family itself is not in question. Samuel Cozad, Jr., and two of his sons, Samuel III and Andrew, have all been documented as helping escapees at their various farms along Euclid Avenue, well before the Cozad-Bates House was built in 1853.

Samuel Cozad Jr. was known as a man of strong faith and temperance. In 1807, Samuel Jr., along with his in-laws, the Doan and the McIlrath families, founded First Presbyterian Church of East Cleveland (now New Life Cathedral) on the corner of Euclid Avenue and Nela. Samuel Jr. and his wife Jane (nee McIlrath) died in the early 1820s and are buried in the churchyard out front. Less than two decades later, the church Samuel Cozad Jr. helped build would find itself deeply embroiled in the hotbed political issue of the day--abolition.

The Presbyterian Church in the United States of America was deeply divided over the issue of enslavement. Many theologically liberal revivalists saw enslavement as a moral issue that endangered their salvation and therefore supported immediate abolition. The more theologically conservative Calvinists, many of whom were enslavers themselves, saw their salvation as pre-ordained and therefore opposed any church polity that could diminish their financial prosperity. Despite the national church’s best efforts, these two groups parted ways in 1837 in a schism now known as the ‘old-school-new-school controversy.’

This debate was not limited to the national arena. Members of First Presbyterian Church of East Cleveland were also wrestling with the morality of enslaving others. Eventually, two dozen members withdrew from the church over its failure to cut ties with the national body and because as Underground Railroad operators, they had been labeled "sinners" by their pastor.

The Presbyterian church founded in 1843 in Doans Corners also struggled to reconcile their members' strong abolitionist beliefs with the new-school Presbyterian doctrine that “God alone was the Lord of the conscience.” Founded by the Doan and Ford families, the congregation counted among its members outspoken abolitionist and UGGR stationmaster Cyrus Ford, and Samuel Cozad III who was a known participant in Underground railroad activities. Eventually, the congregation chose to resolve their moral dilemma by withdrawing from the national church to form the Independent Presbyterian Church of East Cleveland, later known as Euclid Avenue Congregational Church.

Despite having a wealth of property and church records documenting where the Cozads lived, died and worshipped, less definitive information is available on how the Cozads lived. Fiebig says this makes sense, as Underground Railroad activity was not only illegal, but could lead to social shunning, heavy fines and jail time, especially after the passage of the Fugitive Slave Act of 1850. Ultimately, the Cozads circumspection may have saved lives, and certainly gave them ample opportunity to operate Underground Railroad stations under the radar.

The Cozads played a signifcant role in Cleveland’s abolitionist movement and the city of Cleveland can be said to have been ‘on the right side of history.’ However, Fiebig reminds us; “There was then and still is systemic racism embedded in our society, and Cleveland and Northeastern Ohio are no exceptions. This needs to be explored, along with ways we can begin to erase its effects on our citizens of color in our community.”

Restore Cleveland Hope at The Underground Railroad Interpretive Center in the restored Cozad-Bates house, aims to do just that.
By Ajah Hales

Your ticket for the: Cozad-Bates House